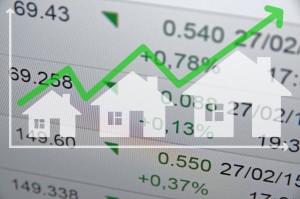 The companies found that during the third quarter of 2015, the average rental rates in the United States increased from $1,329 to $1,363, representing a 5.7 percent increase over the 2014 rate of $1,289, and a 2.5 percent increase since the second quarter. The data used rents on three-bedroom single-family homes only to insure comparability across markets.

“Rental increases typically are strongest during the summer months as renters – especially those with children — avoid moving during the school year,” said Wally Charnoff, CEO of RentRange. “This summer was no exception.”

Rental Rates and Year-over-Year Increases of 10 U.S. Regions through the Third Quarter 2015

“The results of this quarter’s report provide additional evidence that rental properties are becoming more prevalent and are in strong demand,” said Don Lawby, President of Property Management Business Solutions, LLC, the franchisor of Real Property Management. “Based on several economic indicators that contribute to this trend, we expect strong growth in rental prices to continue nationally through the remainder of 2015.”

Steady reductions in vacancy rates – the percentage of homes considered unoccupied across the country – have accompanied rental rate increases. The national rate fell to 5.31 percent through September 30, down .24 percentage points from 2014. The Southwest region had the most stable vacancy rate at 4.18 percent, one of the lowest in the country.

The report also analyzed rental saturation rates across the country. The number of single family homes that are now rentals continues to rise and is now at 24.98 percent of all single family homes, compared to 23.6 percent last year.